Take a look at some of the business building signs and various projects Signworks has been working on these last couple weeks. 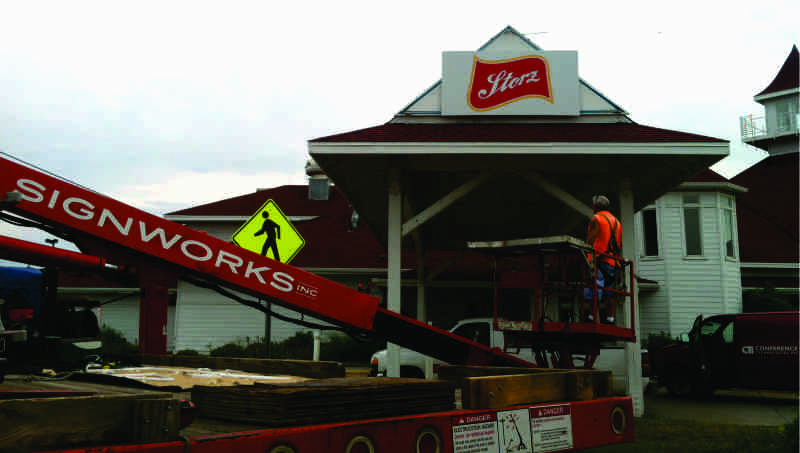 Last week Signworks had the pleasure of installing banners and exterior building signs for the unveiling of the Storz Trophy Room Grill & Brewery at their new riverfront location. The Storz Brewing Company holds a rich tradition in Omaha and we enjoyed being a part of the excitement.  Here is a photo of our sign installer, Brad in the midst of the project.

Let's not forget the school season is near.  Here are a couple school signs.  On the right Morton Elementary School just acquired an illuminated monument sign with a changeable panel to display messages of upcoming events.  And on the left Lamb of God Preschool's new post and panel sign.

Repurposed channel letters are a great gift idea and an unexpected way to style your home or office.

As you make your way around Omaha this weekend and upcoming week keep an eye out for some of our past projects as well-- and remember when you are in the market for quality signs of any kind--whether it be a corten steel signage or LED channel letters-- call on Signworks at 402-346-5447.

Watch upcoming projects as they are built and installed by following us on facebook, twitter and linked in.